The additional mode “Exchange” features the possibility to add a list of cars to a championship. SmartRace will then automatically create a list of races to make sure that each driver has to use each car at least once. Use this to create equal chances amongst all drivers, even if the performance of the used cars differs. The second new mode, “Party“, automatically creates fixtures of two drivers per race out of all added drivers, so that all drivers have to challenge eachother at least once. This mode will bring a lot of fun to birthdays or bachelor partys!

Also, the add on adds the possibility to add teams. Every driver can be assigned to a team. Is a driver who is part of a team participating in a championship, the team points will automatically be added to a separate overview and a winning team will be determined once the championship is over.

The championship add-on includes the following: 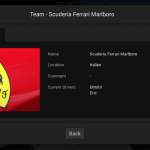 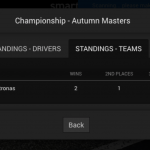 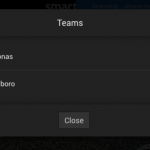 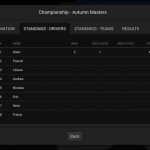 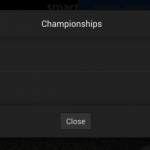 The add-on has the following limitations: